Highlights from the ACGA Conference 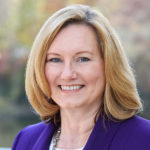 The American Council on Gift Annuities’ (ACGA’s) primary activity is to publish suggested maximum charitable gift annuity rates, and they have been doing so since 1927. ACGA holds a biennial conference.

Here are some highlights from the April 2016 conference –

Frank Minton, Ph.D., author of Charitable Gift Annuities: the Complete Resource Manual, shared the “Top 20 Questions Asked About Gift Annuities.” One notable question was, “What mortality tables are used in determining gift annuity rates, the charitable deduction, the taxation of payments, and the required reserves?” The 2000 CM Table is used to determine the charitable deduction, and the Return Multiple Table is used to determine taxation of annuity payments. The Annuity 2000 Table was formerly used to determine state reserve requirements and gift annuity rates. The Individual Annuity Reserving (IAR) Table is a dynamic table that is used for most state reserve requirements for new gifts and for gift annuity rates. Another question highlighted the need for the charity to be in compliance with the regulations of the state where the donor resides at the time of writing the gift annuity, also known as the reserve state. If the donor moves, the reserve state does not change.

At the opening banquet Eddie Thompson, founder and CEO of Thompson & Associates, spoke on Values-Based Estate Planning. He pointed out that the four main reasons that donors give are to change someone’s life, to give back, to join in a noble effort, and to remember. He shared a touching personal story about his grandson that no one there will forget. After his grandson’s death, Mr. Thompson’s family raised money to erect a wing at the hospital where his grandson received treatment in memory of his grandson.

The ACGA presented results from their 2013 national survey regarding charitable gift annuities. The ACGA rates are set to produce a target residuum of 50%. The residuum is the amount remaining of the original gift annuity amount after the gift is matured. In the survey, the average residuum reported was 64% (2013). Historically, it has been in the 80% – 90% range. Longer life expectancy for annuitants is a factor. However, the annualized returns on annuity assets have improved dramatically since the last survey (2009). The mean and median age of the average donor to a gift annuity is 79.  The survey showed that 57% of the gift annuities were written by females and 43% by males. Seventy percent of the gift annuities written were one life annuities. Regarding minimum amounts for gift annuities, fewer than 30% of the charities will accept a gift annuity under $10,000. To reduce risk, a small number of organizations have set a maximum amount for gift annuities.

You may be aware that the ACGA Gift Annuity Rates Committee voted to make no changes to the suggested rates that became effective on January 1, 2012. David Libengood, Chair of the Rates Committee, explained how the ACGA gift annuity rates are determined and when the ACGA determines that the rates should change. The following assumptions are used to determine rates:

·  payment assumption that annual distributions are made in quarterly installments at the end of each period.

Mr. Libengood pointed out that the ACGA only changes the rate schedule if the regression analysis and survey results provide information that require a change to all of the rates of over one quarter percent for the assumptions to remain true.

Lindsay Lapole, CFRE, Lead Co-Chair of the ACGA, shared exciting news regarding potential IRA charitable rollover expansion legislation. The Legacy IRA Act would expand the IRA charitable rollover rules to include distributions to charitable gift annuities and charitable remainder trusts for those 65 and older. The provision would expire on Dec. 31, 2020. Hopefully, we will continue to hear good news from Washington on this bill. If your charity is interested in this bill, please speak to your legislator.

At the closing luncheon, Dr. Russell James, J.D., Ph.D., CFP®, professor in the Department of Personal Financial Planning at Texas Tech University, presented his new research on marketing planned gifts. He surveyed individuals on how they respond to emails and ads with different messages. Dr. James pointed out that people did not respond positively to the word “bequest.”  Instead of using “Charitable Gift Annuity,” the respondents preferred “Gifts that pay you income” or “Gifts that pay you income for life.” The other interesting finding Dr. James shared is that charities should avoid death reminders in ads. He pointed out that replacing the phrase “until you die” with “each year you live” generated interest from an additional 10% of readers. Stories from living donors are much more effective than those from deceased donors.

*Cornerstone Management is not responsible for survey information presented. We do not accept liability for the content of external links. We distance ourselves expressly from the contents of the linked pages, over the structure of which we have no control. This statement is valid for all of the links on the websites and for all contents of the pages to which the links or banners lead.