No man’s life, liberty, or property is safe while Congress is in session.
– Mark Twain

“When a country lives on borrowed time, borrowed money, and borrowed energy, it is just begging the markets to discipline it in their own way at their own time. Usually the markets do it in an orderly way – except when they don’t.” – Thomas L. Friedman 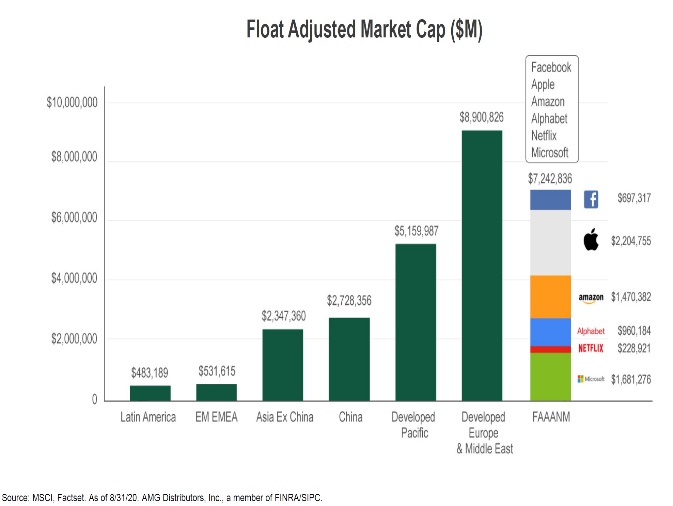 The rally continues! The market continued to rally throughout the third quarter of 2020. Despite a pullback in mid-September, the broader equity market rallied more than 8% during the quarter. Virtually all major asset classes moved higher with the notable exception of the dollar. Not too surprising, given the level of stimulus applied to the U.S. economy over the last six months with potentially more to come, the dollar is perhaps reflecting some potential debasement. However, U.S. interest rates remain relatively high when viewed in the context of other developed nations. Therefore, in our view, it is hard to see the dollar falling too far too fast. The significant drop in the dollar was a boon to diversified investors because it allowed emerging markets equities to gain back a significant amount of ground lost during the first quarter. Despite solid performance by U.S. small cap companies, the spotlight remains firmly fixed on U.S. large cap and particularly on U.S. large cap growth companies which are now up nearly 40% year-over-year. Performance remains concentrated in top tech names, and many value companies and sectors continue to suffer. 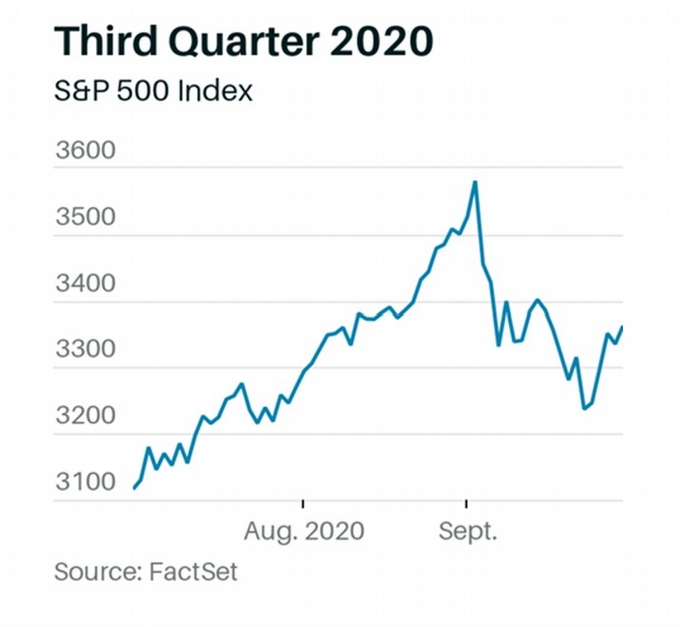 Not surprisingly, during times of U.S. large cap dominance, Cornerstone’s diversified portfolios are unlikely to keep up with major indexes like the ACWI or the S&P 500. 2020 has been such a year, and the third quarter provides a rather dramatic illustration. The ACWI index and the S&P 500 are both comprised of large cap companies. Most Cornerstone portfolios contain a significant amount of small capitalization exposure. While small cap stock rallied in the 3rd quarter, they were only up about 5% and are still down nearly 9% for the year. The S&P 500, in contrast, rose nearly 9% during the quarter and is up nearly 6% for the year for a differential in return of nearly 15% on a year-to-date basis. At the portfolio level, given a 10% position in small cap stocks, this would result in a 150 bps of underperformance relative to the S&P 500. This is further compounded if one considers international small cap and REITs. It is also important to note that growth has continued to outperform value in 2020. Energy stocks and financials have been particularly hard hit, and so a well-constructed diversified portfolio has been fighting an uphill battle throughout this market recovery.

One might be tempted to throw in the towel, and simply “go large” and “go domestic.” However, over longer periods of time, various asset classes, sectors, and security types have added significant value to diversified portfolios. One need only look at bonds in 2020 to see the effect of these benefits. With mid-term interest rates opening the year around 2% and a strong economy, a year-to-date bond return of nearly 7% was completely unexpected. In fact, the Barclays Aggregate index was up more than the S&P 500 through the end of the third quarter despite back-to-back positive quarters for the equity index. We continue to believe that diversification is beneficial and portfolio construction is an important component of the investment process. As noted, the S&P 500 was up nearly nine percent for the quarter and hit a new high in early September. Both the S&P 500 and the NASDAQ have officially begun new bull markets at this point. 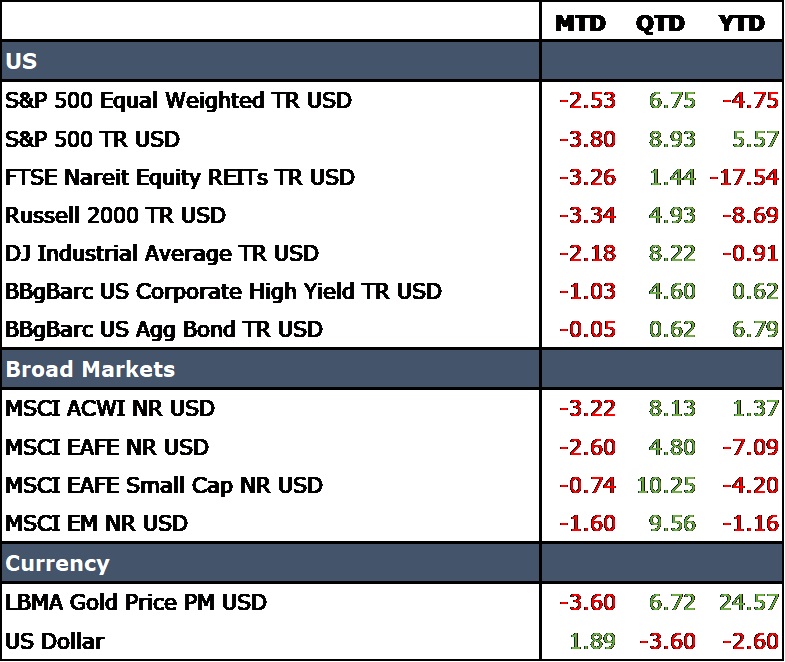 The Dow, up 8% for the quarter but still down approximately 1% on a year-to-date basis, remains in bear territory. Small caps also rallied during the quarter with the Russell 2000 up nearly 5% for the period. International stocks rallied with the MSCI EAFE up approximately 5% and the MSCI emerging markets up nearly 10% for the quarter. Unfortunately, once again the returns largely accrued to growth-oriented areas of the market with value stocks around the world lagging substantially. The bond market was also positive, with the Barclays Agg up 0.62% for the quarter, bringing its year-to-date return to nearly 7%. Gold had surprisingly good quarter as well and is up nearly 25% on a year to date basis.

As we head into the 4th quarter of 2020, all eyes are on the election. Joe Biden and Donald Trump could not be more different from both a personality and policy perspective. Trump continues to focus on deregulation, free markets, and a pro-business agenda while Biden’s platform is built on big government, environmental regulation, and higher taxes. For much of the last several months we have been concerned that the market would be rattled by a Biden victory, but as November has drawn closer and Biden’s lead in the polls has increased, the market seems to have reconciled itself to a Democratic victory. It appears as though the market believes that significant additional stimulus is more likely with a Biden victory. This short-term fiscal stimulus should help boost the economy, improve consumer spending, and help corporate earnings. The prevailing wisdom suggests that the tax hikes will be a secondary issue and are unlikely to occur until later in 2021 or perhaps not even until 2022. Consequently, the market seems much more comfortable with a Democratic sweep than one might expect.

On the other hand, assuming a Trump victory results in more of the same, the market will likely be a significant beneficiary of the President’s focus on deregulation. The President has repeatedly indicated that he wants to open America and will do everything he can to continue to stimulate the economy. Therefore, we believe it is likely that he, along with the Republicans, will also eventually pass an additional stimulus package if they are re-elected. From a market perspective we believe the biggest election challenge is the high probability of an unclear or delayed result. Given the amount of absentee, early, and mail-in voting, the result of the election may not be immediately clear. The market’s disdain for uncertainty is well known, and a lack of clarity regarding the outcome of the election would almost certainly result in additional market volatility. Despite this concern, we expect market results to be positive in the fourth quarter of 2020 and believe that the major U.S. equity indexes are likely to end the year in the black. Additional volatility is likely, and we may experience a fairly significant drawdown before rallying into year end.

Because we expect a positive outcome in the fourth quarter, we have continued to allow our equity positions to run and are now slightly overweight equity in most of our portfolios. We plan to continue utilizing cash and short-term fixed income to facilitate distributions throughout the fourth quarter and will look for rebalancing opportunities along the way. We remain wary of the REIT market, and while market drift has lowered our overweight to value, we continue to believe that a reversion to the mean will occur at some point. Consequently, we may look for opportunities to trim our large cap growth positions throughout the quarter to help true up our allocations. Bonds continue to perform well, but upside is extremely limited. 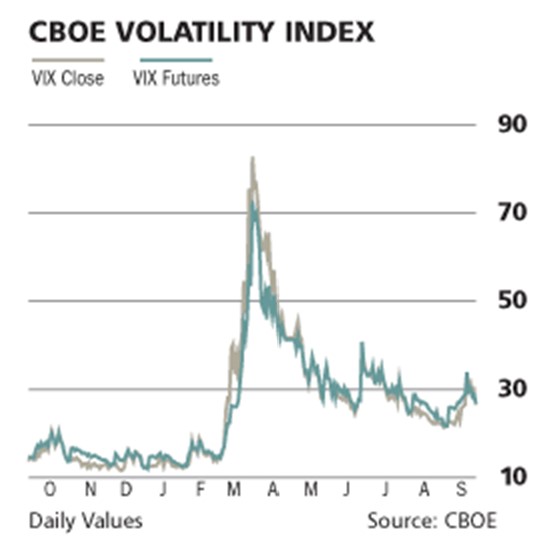 We have reduced our exposure to pure cash and continue to take advantage of the slight yield pick up in the ultra-short bond space to help boost the returns on the “liquidity bucket” in each portfolio. As we rush headlong into a contentious election, it is important to remember that most investors should be focused on long-term strategic allocation. Short-term, event-driven moves are often disadvantageous and negatively impact the long-term return of a portfolio. However, for shorter-term trust portfolios, donor advised funds, liquidity pools, etc., we believe that risk management is essential and having a cash position helps ensure that our clients are not forced to liquidate securities during times of high or elevated volatility. 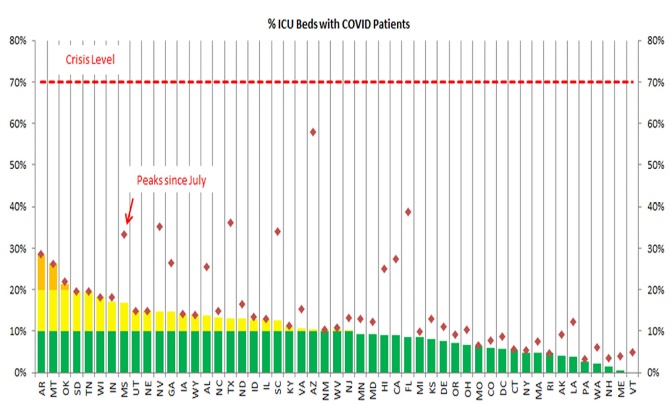 The COVID-19 challenge remains a dominant factor from a market perspective. In many ways it seems to be “the” factor the market keys in on. COVID related data seems to move the market more than valuation, economic, or other statistical information. We believe that we will know much more about the Federal Government’s viral response initiatives following the election. In the short term we would note a few encouraging items: the overall death rate remains low and is declining; despite surges around the country, the health system has been able to deal with the additional cases; and finally, we may be closer to herd immunity than expected. Regardless, COVID will be with us for several months to come, and we expect that positive and negative developments will continue to affect the market in a significant manner. Ultimately, we expect that herd immunity will be reached with or without a vaccine. As we head into the winter months, it seems likely this issue will also add to short term volatility further highlighting the need for liquidity and conservative assets.