People’s spending habits depend more on how wealthy they feel than with the actual amount of their current income.

Equities rebounded in the third quarter, but despite the improvement in U.S. equities, a strengthening dollar and continued tightening by the Federal Reserve proved challenging for other asset classes. As we enter the fourth quarter of the year, broad asset-based diversification has proved challenging in 2018 as U.S. equities have trounced virtually every other asset class. Further, conservative investors have been particularly hard hit due to poor bond returns across the yield spectrum. While short-term rates continue to rise on Fed rate hikes, the longer end of the curve has drifted higher as well. These factors have left few areas of protection for the average bond investor. 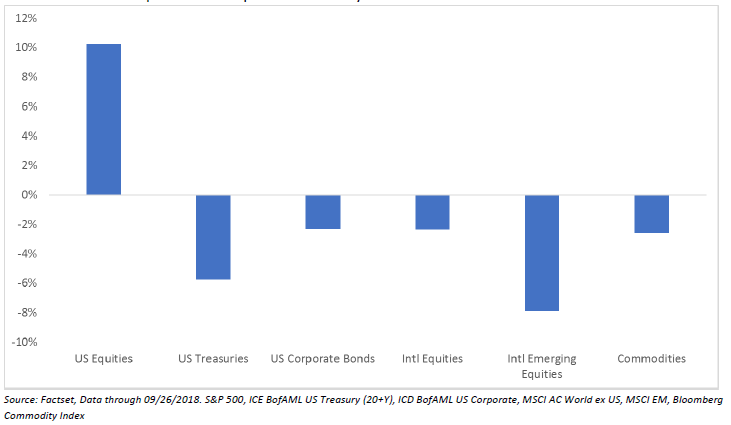 As rates rise and central banks tighten monetary policy around the globe, the spread between short-term and long-term rates has declined. The result is a flatter curve structure. Most U.S. credit cycles and economic cycles end with an inverted yield curve (i.e. short-term rates are higher than long-term rates). Despite all of the talk surrounding a soft landing, the Fed has rarely been successful in facilitating such an outcome. Rather, because of the lags associated with macro policy levers like monetary and fiscal policy, the Fed normally overshoots and the subsequent tightening leads to the next recession. We do not expect a different outcome this time. Overtightening is actually quite likely due to the tightening effects of the Fed’s attempts to normalize its balance sheet exacerbating the impact of the hiking cycle. 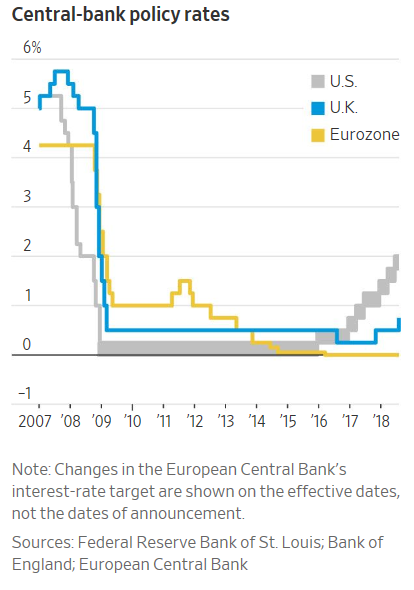 Additionally, excess supply brought about by rising federal budget deficits is likely to pressure bond prices, ultimately leading to higher yields. All in all, the outlook for fixed income securities both domestic and global is tenuous at best. We have continued to shorten our durations and have sought improved credit quality in an attempt to shield our portfolios from the worst of the impacts brought about by these trends. 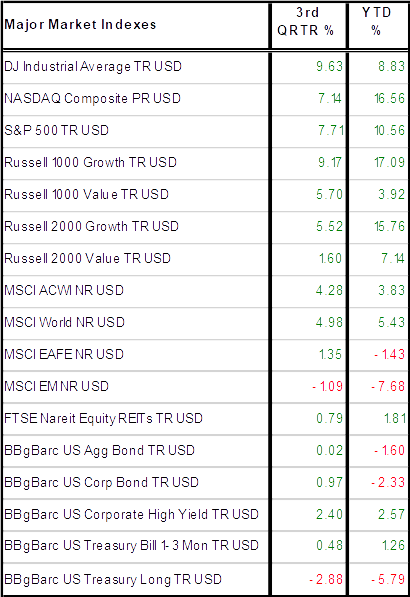 Equity returns were generally positive in the third quarter with the U.S. continuing to lead global markets. While small cap stocks gave up some ground, they remained the leading equity asset class for the first three quarters of the year. REITs, while still not strong performers on a year- to-date basis, exhibited positive returns despite their greater sensitivity to interest rates. Developed and emerging international market equities struggled with the MSCI Emerging Markets Index down nearly 8% through the third quarter. The rising dollar has continued to pressure international returns and, in a significant turnaround from 2017, U.S. investors have been negatively impacted by their international diversification efforts. 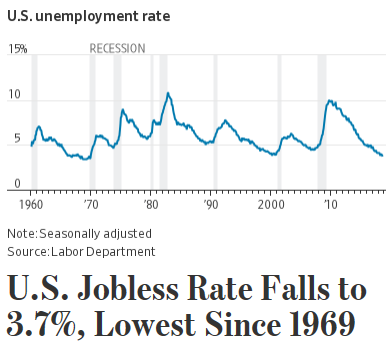 From a macro standpoint, the U.S. continues to fire on all cylinders. Despite the concerns over tariffs and Trump’s negotiating tactics, the world did not come to a standstill in the third quarter. U.S. manufacturing remained quite strong, and the nonmanufacturing side of the economy actually strengthened significantly during this period. The U.S. economy is consumer-driven, and as confidence continues to improve, the state of the economy has improved along with it. The jobless rate is at an extremely low level. It may be safe to say that virtually anyone who wants a job can get a job! In fact, employers have consistently highlighted “skilled labor” as one of their primary concerns. There simply are not enough skilled employees to go around…it makes one wonder about not only the H-1 Visa (Skilled Labor) program but also about immigration in general…but we digress. While not rising as quickly as one might like, wages are moving higher, and we might add that structural conditions like Boomers exiting the labor force may be artificially holding down the overall increase in wages. Inflation is not a primary concern at this point, and we believe there are a number of global structural factors that will continue to act as an “inflationary brake.” In short, despite the negative volatility that has accompanied the beginning of the fourth quarter, we continue to believe that 2018 should end relatively well from an equity standpoint.

However, despite this fact and the corresponding note that we are entering what has historically been the best three months of the year for U.S. markets, we remain increasingly cautious about the future. To this point global monetary policy has been largely accommodative, and more recent fiscal stimulus in the form of tax breaks has added a late cycle boost to the U.S. economy and to U.S. markets. Further, the removal of bureaucratic red tape and loosening regulation under the current administration have added their own impetus to the U.S. economy. Unfortunately, while the impact of deregulation may be felt for a considerable period of time, the effects of fiscal stimulus are likely to be more short-lived. This is particularly the case when offset by the ongoing effects of tighter monetary policy and a growing deficit.

We believe that the credit cycle should be the real concern of investors. Over the past few years, debt has risen significantly on corporate balance sheets, on the balance sheets of emerging market countries, and on the balance sheet of the U.S. itself. With interest rates rising, the cost of servicing this debt becomes a more significant challenge. The rising cost of capital also puts pressure on equity valuations, and ultimately this pressure will result, in our view, in a significant decline in equities followed or accompanied by a corporately-led recession. As we noted, at the moment the sky is clear, the sun is out, and the winds are favorable. Unfortunately, as is often the case for the ship at sea, in the distance the clouds are gathering and a storm is brewing. We will not hazard a guess at the exact timing of the coming storm but will continue to look for ways to prepare our portfolios for increased volatility, rising interest rates, and ultimately a more significant decline in risk assets.